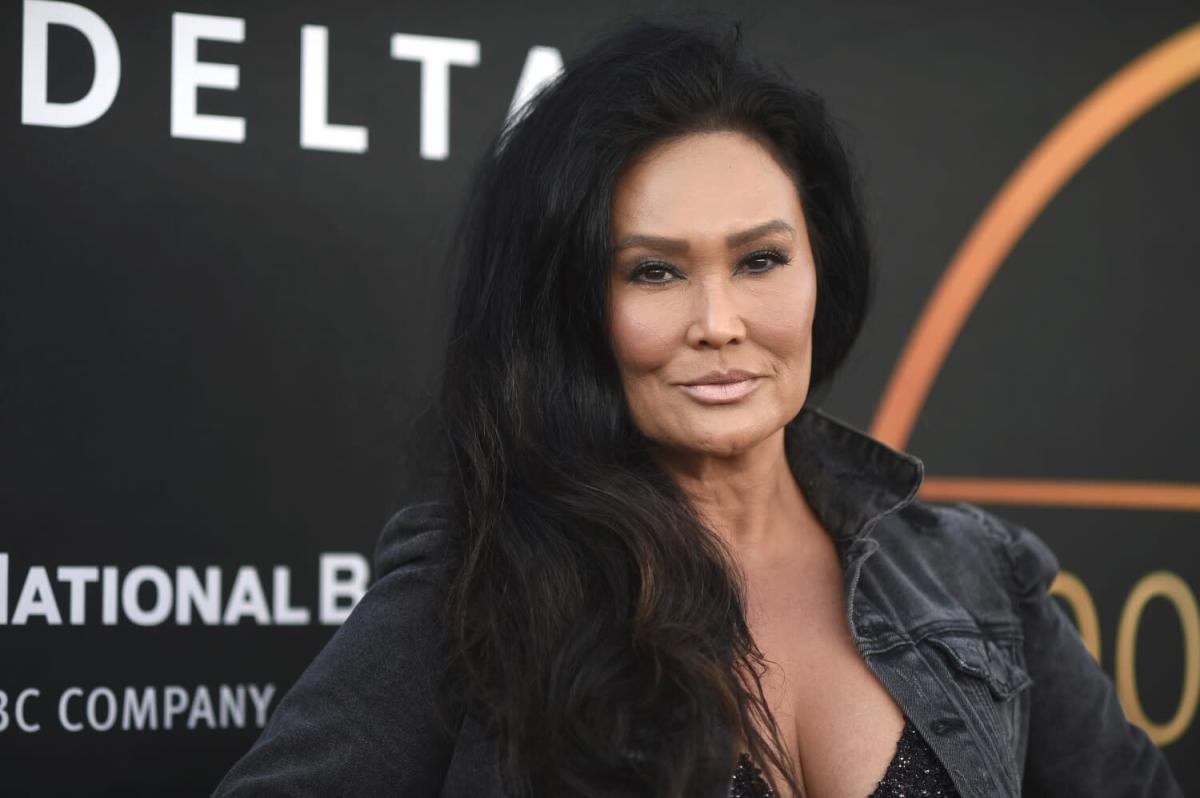 In 1996, four years after she cemented herself in Hollywood as the iconic Cassandra Wong in “Wayne’s World,” Tia Carrere was in Las Vegas for a pilot called “Desert Breeze.” While checking into the Alexis Park Resort, the man behind the front desk introduced himself. He told Carrere his dreams of becoming a stand-up comic but that his mother, a tiny Filipino woman, wanted him to become a nurse. That man, Joseph Glenn Herbert Sr., would become known as comedian Jo Koy and, like Carrere, become a household name among Filipinos.

“He had hair and glasses at that time,” laughs Carrere during a Zoom interview. Twenty-six years since their fortuitous meeting, Carrere and Koy are making history with “Easter Sunday” — one of the first nationally distributed studio films with a majority Filipino cast, from the coveted lead to the supporting roles. Directed by Jay Chandrasekhar (“ Super Troopers”), Koy plays Joe Valencia in a semiautobiographical tale about a hopeful comic journeying home to Daly City with his teenage son, and absent-father guilt, in tow. Carrere slips into the role of Tita Theresa, whose sibling rivalry with Valencia’s mother (played by Lydia Gaston) pumps up to the tension and delicious merriment that is Filipino Easter.

The last time a Filipino movie got a nod from Hollywood was in 2000. “The Debut,” a coming-of-age story by Filipino American filmmaker Gene Cajayon, portrays the nuances of Filipino pride, shame and, ultimately, love of family in one masterful film. Yet despite billing rising star Dante Basco and Tirso Cruz III, the film struggled to gain momentum and remains relatively unknown, even among Filipino Americans who grew up in the ’90s.

Shuffle two decades forward, and “Easter Sunday” echoes similar sentiments, this time through the tender lens of comedy. For Carrere, who is Hawaiian and Filipino, this is also the first time in her prolific, 30-year-plus career that she is playing a Filipino. From the rock-star babe who dizzies Wayne with her dela Cantonese, to Chu-Hoi guiding a platoon through a booby-trapped Vietnam in “Quantum Leap,” “I’ve played Chinese, Japanese, Vietnamese, Thai — so many different ethnic backgrounds but my own. So it was great to pull on my aunt’s accent, my dad’s accent, my next-door neighbors’ in Hawaii, because I grew up in a Filipino neighborhood,” says Carrere. “And to get to celebrate that and amplify that was really fun, because I never got to play myself and what I knew best.”

When contemplating her body of work, Carrere remembers being told she was too “exotic or ethnic” for network shows and casting agents who would end up going with a “Middle America” type. Despite this, Carrere would lead 66 episodes of “Relic Hunter” as Sydney Fox, and continue to navigate Hollywood with a sharp self-awareness — something she credits to her grandmother, who raised her. “My grandma raised me very simple, very salt-of-the-earth,” says Carrere. “You don’t spend more money than you have. As soon as you got the bills in the mail from Sears, we were on the bus to go and pay them. There are no delusions.”

“Easter Sunday” co-star Lydia Gaston says that her chemistry with Carrere was a natural fit. “Auntie, she knows who she is,” says Gaston. “She was just very real. We talked about real things. We laugh about the same things. We talked about our sisters. … She’s really very accepting of who she is, and that’s so refreshing.”

Carrere has long used her celebrity to advocate for the Filipino community. Her longtime friend, the ebullient Fritz Friedman (a former Sony executive and current member of the San Diego Arts and Culture Commission), has known the actress since she landed in Los Angeles at 18 years old. “She always never says no. When I asked her to do something on behalf of the community, on behalf of a charity, she’s very generous,” says Friedman, who worked with her to get Filipino American World War II veterans benefits. “She’s a wonderful human being. She she’s very kind. She she’s very gracious. She’s also very strong. You know, underneath that veneer of kindness, you have to be tough to be in the entertainment business.”

Toward the end of our conversation, Carrere smiles behind her gold aviator glasses and says, “We’re having more and more people in power positions in Hollywood that are writing, producing, show writing, executives, studios, that look like you and I .”

Her words are a reminder that while Hollywood hasn’t always been ready for an all-Filipino cast, Filipino Americans have been doing the work to get here for decades. And to see Jo Koy on “Easter Sunday” billboards across Los Angeles and Tia Carrere’s cheeky humor punctuate national Instagram ads not only affirms what we already know but shows us that when we aren’t given a seat at the table, we make our own kamayan. For the uninitiated, “kamayan” is a Tagalog word that means “by hand,” referring to the traditional Filipino style of eating — communally, and without plates or utensils — “Easter Sunday” style.