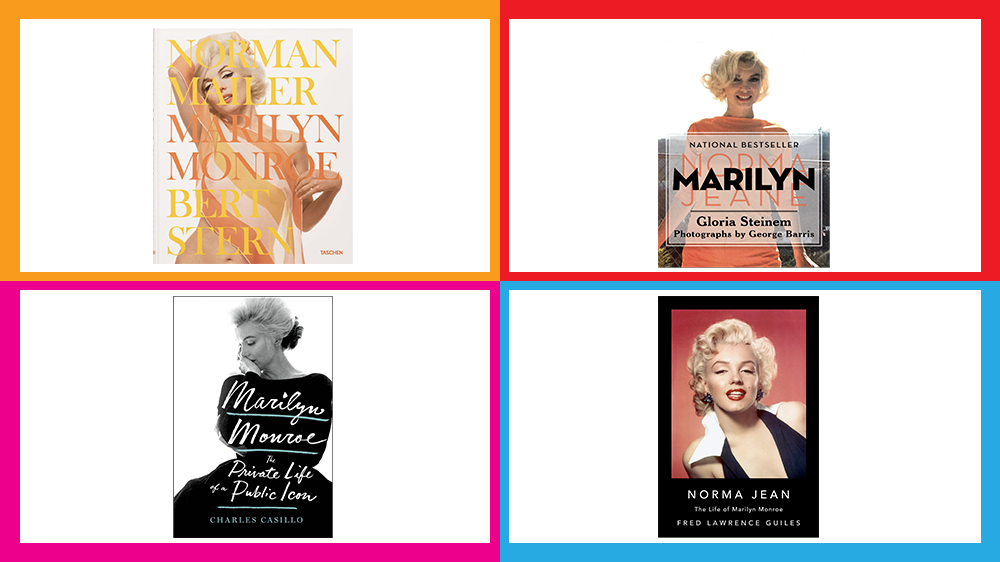 Since Marilyn Monroe’s death, there has been no shortage of biographies, documentaries, docu-series, coffee table books, oral histories, podcasts and art created in her memory — all, in their different ways, serving as a way to better understand the inimitable icon whose life was famously shrouded in mystery.

In September, Ana de Armas will take a stab at revealing more about Monroe’s life in “Blonde,” based off of Joyce Carol Oates’ best-selling novel. The film, like the book, is a reimagined version of Monroe’s life by her which fuses fact and fiction to paint a portrait of what Marilyn Monroe represented during this era of Hollywood.

But behind the bombshell photos that made Monroe into the ultimate sex symbol are complex feelings, deep intelligence and a storied history that ultimately led to her untimely death at the age of 36.

Below, check out some of the best books about Marilyn Monroe to read before watching “Blonde” this Fall. Check out more books being made into TV shows and movies here.

From the feminist icon and activist Gloria Steinem comes this complex portrait of Marilyn Monroe, one of the first that can be credited with changing the public perception of the historic actor and model. Through stories that had never before been told, Steinem reveals the tortured feelings and intelligence often obscured behind the photos that made Monroe into the ultimate sex symbol.

Norman Mailer cites Fred Lawrence Guiles as the “chief source of fact about Marilyn,” someone whose entire life and history is often shrouded in mystery and rumor. But Guiles’ definitive biography of her “Norma Jean” sets the record straight, including with some of the people closest to Monroe interviews throughout her life, like her husband and acclaimed playwright Arthur Miller; her first husband James E. Dougherty; Frank Taylor, the producer of “The Misfits,”; Lee Strasberg; Otto Preminger; Billy Wilder; Joshua Logan and John Huston.

‘My Story’ by Marilyn Monroe

Alongside Ben Hecht, Marilyn Monroe tells the story of her own life for the first time in this autobiography, which contains stories dating back all the way to her childhood as an orphan in Los Angeles. Also in the revelatory book, which was not published until over a decade after her death, she tells of her first (non-consensual) sexual encounter she experienced when she was a young girl, her whirlwind romance with Yankee clipper Joe DiMaggio and dozens of passages that show the intelligence and wit that wasn’t appreciated enough in her lifetime. The most shocking line in the book might be Monroe’s prescient description of herself as “the kind of girl they found dead in the hall bedroom with an empty bottle of sleeping pills in her hand.”

Paging through Lois Banner’s thoughtful curation in “MM – Personal” feels like you’re wading through the cabinets, drawers and closets of the historic actor and model yourself. There’s no editorializing, no agenda and no sensationalized stories. Instead, you’ll find a vast collection of screenshots, documents and memorabilia from Monroe’s private archive that come together to paint a portrait of her impossibly complex life.

There’s something magical about seeing the remnants left from a past life, whether they are tattered or faded or almost indiscernible after decades of not being given notice. That’s what Stanley Buchthal taps into with “Fragments,” which includes handwritten notebooks, notes, letters and poems written by Marilyn Monroe herself throughout her lifetime. Out of the hundreds of pages written about Monroe since her death, it’s the fragmented notes she left behind (perhaps not meant to ever be read by anyone else) that offer the best understanding of her life and her feelings.

‘Marilyn Monroe: The Private Life of a Public Icon’ by Charles Casillo

Charles Casillos’ groundbreaking 2018 biography of Marilyn Monroe is regarded as one of the most definitive accounts of the icon’s life, based on years of interviews and research that can’t be found anywhere else. In addition to her dela abusive childhood dela, her struggle with bipolar disorder and infamous affairs with both Rob and John F. Kennedy, Casillo also delves into her final days dela in meticulous detail, revealing the tragic miscommunications that contributed to her death dela.

The bestselling “Blonde” is one of the most acclaimed pieces of work from the prolific novelist Joyce Carol Oates, who reimagines Marilyn Monroe’s life in a fictionalized retelling of her upbringing and rise to stardom through a first-person narrative. The 768-page epic tale is both a history-informed tribute to the 20th century American star and a universal story that uses creative liberties to speak on the torturous feelings so often at the center of Hollywood’s biggest names. This September, the film version of the book will be released on Netflix starring Ana de Armas as Monroe. See more books being made into TV shows and movies here.

Bert Stern’s iconic “Last Sitting” photos of Marilyn Monroe taken just weeks before her death are combined with Norman Mailer’s controversial 1973 biography in this brand new photo book from Taschen. Stern, one of the most elite photographers in the 20th century, is known for capturing the most intimate photos of Monroe ever taken. Mailer’s biography “Marilyn,” although controversial, is emblematic of what Monroe represented in Hollywood and beyond during her reign over the industry. Check out more coffee table books here.