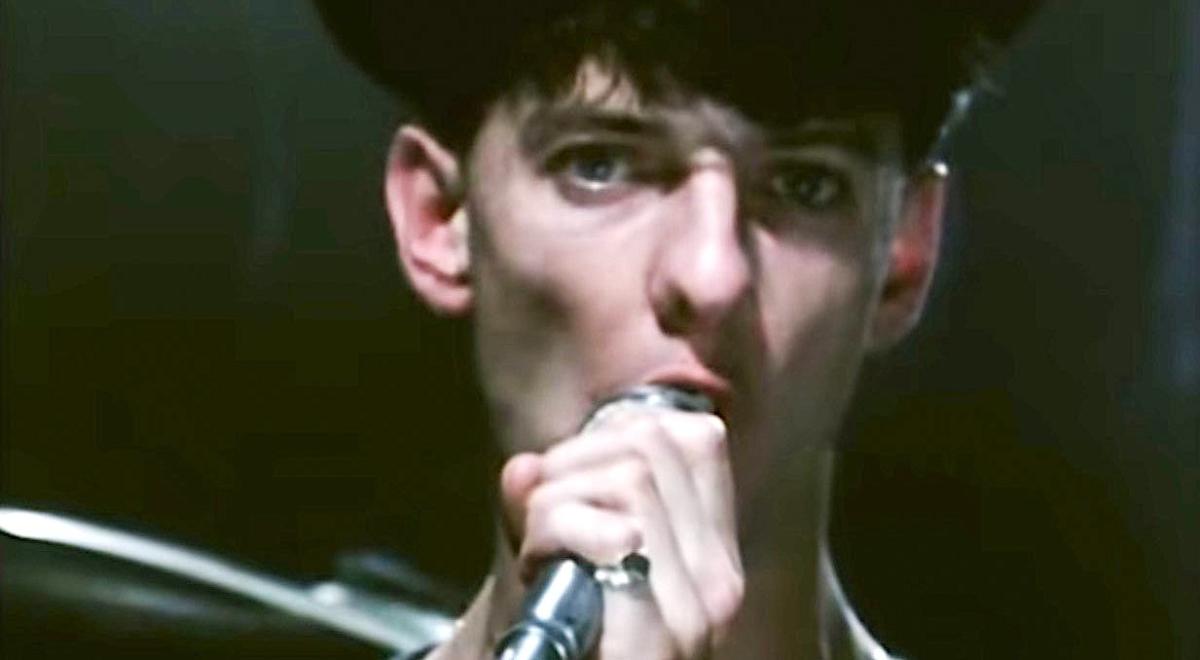 “The amount of times we get told people got married to our song, made love to that song for the first time… whatever, it’s lovely. But literally the lyrics are about a couple making love as the atom bomb drops and sort of melting together,” Modern English frontman Robbie Gray says with a chuckle. “But that’s quite good. I like the fact that it’s got layers to it — that people can get what they want from it. … I like the fact that it’s like a love song, but with a dark lyric.”

Gray is speaking with Yahoo Entertainment/SiriusXM Volume about one of the ’80s British Invasion’s biggest new wave hits, “I Melt With You,” which came out 40 years ago this week. The single was released around the same time as other Cold War bops (Nena’s “99 Luftballons,” Frankie Goes to Hollywood’s “Two Tribes,” Time Zone’s “World Destruction,” Men at Work’s “It’s a Mistake,” Prince’s “1999,” Culture Club’s “The War Song”), because, as Gray notes, “That was just what was going on in the world at the time. It was a strange time — and it was especially bleak in England. There were lots of strikes going on. No one had any money. So, it was nice to have a pop song with a darker edge to it.”

The doomsday lyrics, which Gray says were written in three minutes (“When you can do that, you know pretty much that you’re onto something good”), weren’t necessarily a departure for the moody, post-punk Essex band. But the track was so deceptively upbeat and romantic that its nuclear message went over most listeners’ heads — so much so that it became an unexpected prom song of the 1980s. It even played during the post-prom end credits of one of the era’s most beloved teen rom-coms, Valley Girl.

Gray says the song, from Modern English breakthrough sophomore album After the Snow, “confused” British fans who “didn’t know how to take it”; surprisingly, the album didn’t garner many positive reviews and or sell well in the UK when it came out in 1982. But thanks to the Valley Girl placement and heavy airplay on early MTV for “I Melt With You’s” charmingly lo-fi video (the entire shoot cost $1,000, and that not-so-special-effect flame closeup was created with a Bunsen burner), Modern English became unlikely Stateside pop stars.

“It’s a kind of a bit of a different culture thing in England,” Gray explains. “We’ve always been bigger in America. In England, we’re much more underground, independent, still very kind of left-field. In America, we were mainstream, which we didn’t expect at all. It was a real shock to us. One minute, we’re playing dark clubs and sort of art concerts [in Europe]and the next, we’re signing autographs at record stores and doing big radio interviews [in the States]. The first gig we played in America, we got off the plane at Daytona Beach to play a spring break festival! We were still wearing our overcoats, and it was bloody 90 degrees outside. We didn’t even know what we were doing. We’d never played outdoors before.”

It was on that trek through the US — through Southern California, specifically, not far from the San Fernando Valley itself — that Gray and his bandmates realized just how mainstream they’d become, when they got a private tour-bus screening of Valley Girl. “We were going ’round and ’round America like clockwork bunnies, and then we pulled over to the side of the road and our tour manager said, ‘You’ve gotta see this!’” Gray recalls. “And he stuck a VHS tape — remember those? — into the tour bus TV. And there was Valley Girl. We were watching it, going, ‘Wow, the song is in it three teams!’ It was in the credits. It was in the love scenes. And it was Nicolas Cage’s sort of breakthrough role, too. It was kind of exciting, all around.”

It was an extraordinary development for a band that had been one of the first signings to the influential post-punk label 4AD Records; had come from a scene where “you’d be playing with Nick Cave and the Birthday Party one week, Bauhaus the next week, and Matt Johnson of The The next”; and whose 1981 debut album, mesh & lacehad been much more experimental and arty than After the Snow. Gray laughingly recalls that when 4AD co-founder Ivo Watts-Russell invited record producer Hugh Jones to a Modern English gig at London’s Institute of Contemporary Arts (“a very artistic event”), when Jones was asked, “What did you think of the songs?” he replied, “You haven’t got any!” But the band “fell in love with him straight away,” and hired him because they “didn’t want to do the same thing twice.” Gray credits Jones, who was “listening to a lot of Simon & Garfunkel at the time,” with being “a big part of the After the Snow sound.”

“Hugh showed us how to write songs, really,” says Grey. “Before, on mesh & lace, we were just writing pieces of music; we didn’t how to do a chorus and link it all together. We had been an underground band, and we were proud of that, but once we started into relaxing into our music and understanding what we could do, we became more open to ideas and sort of understood how to write songs — which is not an easy thing to do when you first start out and you can’t really play. I mean, with many bands from that period, that is the reason you hear so many effects and so much noise — not everyone was great players. Hugh helped us with that. And for the first time, I didn’t shout into a microphone. Plus, we were in the countryside in Wales, so it’s got very pastoral, nature-based lyrics. … I’d say Hugh made us softer, but in a good way, because it was cool to use acoustic guitars and stuff.”

Gray does somewhat sheepishly admit that at first, the band “didn’t even like ‘I Melt With You,’” because it was so different from their earlier sound: “We were listening to it, thinking, ‘Hmm, this too sounds commercial!’” But they eventually embraced its commercial appeal — even licensing it to an actual Burger King commercial in the mid-’90s, when that wasn’t yet a common practice for alternative rock artists. (“I think the amount of money they offered us was just too much to turn down, to be honest with you,” Gray quips.) Modern English’s classic lineup made a comeback in 2016 with the critically acclaimed album Take Me to the Treeswhich boasted an edgier, more Mesh & Lace-reminiscent sound, and the new material that they’re hoping to release by the end of 2022 will largely be in that vein. But four decades later, “I Melt With You” still resonates against the backdrop of a new Cold War era — even if its lyrics still get overlooked most of the time. “The song generally makes people very happy,” says Grey.

In 2020, Modern English’s acoustic home-quarantine performance of “I Melt With You” went viral, and that same year they played After the Snow in its entirety for the first time during a livestream concert at London’s O2. The recently reissued After the Snow is even back on the college radio charts, and this year Modern English have been touring America for the album’s 40th anniversary. During their set, the band mostly plays After the Snow from start to finish, but they do save “I Melt With You” — which was originally track five — for the end of the show, “So people have to wait for it!” However, Grey, who does make sure to play some more obscure material during the encore, has no issue with that.

“I’ve got no problem with that song whatsoever,” Gray insists with a smile. “When we play it every night, everyone goes crazy. And as someone onstage to look out and see that, it never gets boring. It’s always really exciting to see a crowd singing along, jumping up and down. As a band, you can’t really ask for more than that.”