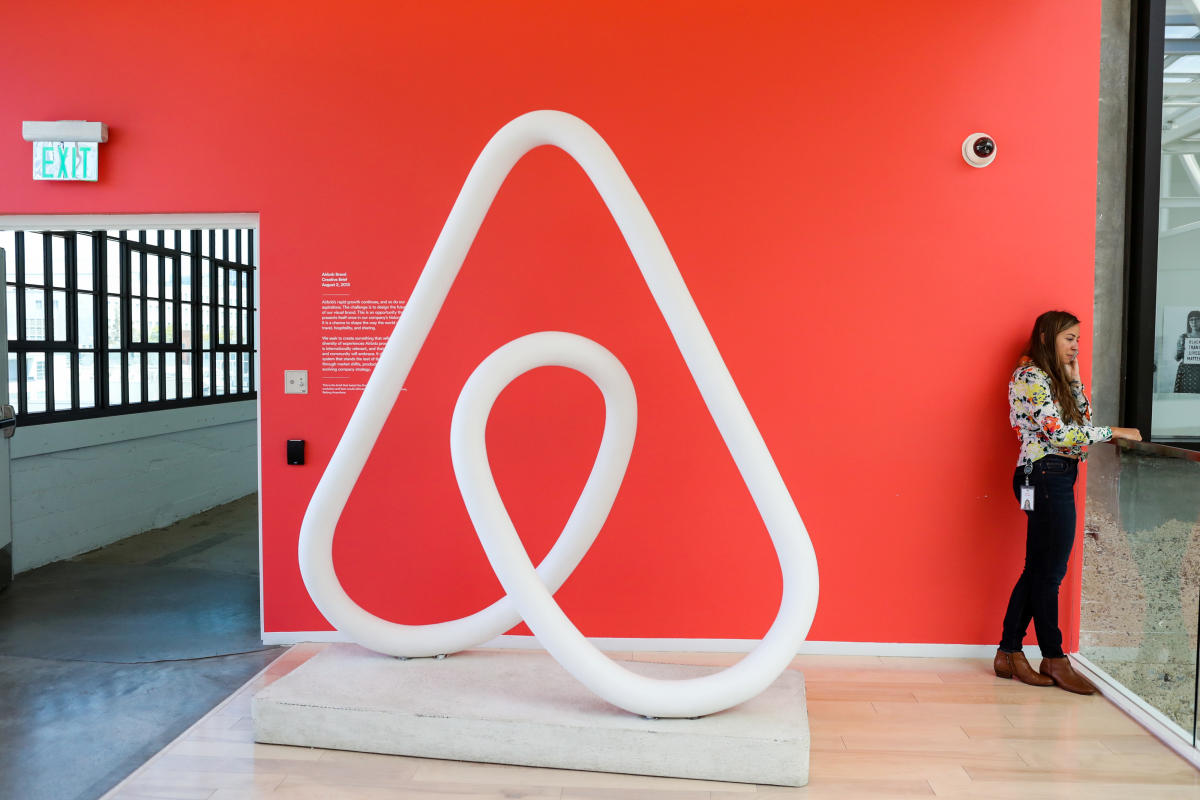 Airbnb (ABNB) saw its business depleted when the coronavirus pandemic hit, losing 80% of its business in just eight weeks.

CEO and Co-Founder Brian Chesky doesn’t expect a repeat, however, even in a prolonged economic downturn.

Speaking to Yahoo Finance Live, Chesky said the home rental company is well-positioned to ride out any recession because its platform is “incredibly adaptable.”

Shares of Airbnb extended their declines Tuesday, with the stock falling by more than 1% despite swinging to a profit in the second quarter. Revenue grew 58% year-over-year, as pent-up travel demand continued to drive bookings on the platform. Nights and Experiences Booked remained strong, at 103.7 million, marking a 25% growth year-on-year.

“The reason we had record earnings, record profit was because of the discipline we’ve made,” Chesky said. “We haven’t had to adjust our hiring plans. We’ve become incredibly disciplined. We are going to continue to do that.”

The latest quarterly results point to transformation for a company that has a dramatic turn in its trajectory, since the coronavirus outbreak has brought international travel imposed to a standstill.

While the pandemic nearly led to Airbnb halting its 2020 initial public offering, the company quickly tightened its budget, slashing 25% of its workforce. The company has since capitalized on the expansion of remote work, with long-term rentals accounting for its fastest-growing segment. A summer travel boom has added to the boon, with guest demand reaching its highest level ever, according to the company.

Free cash flow generated in the quarter, up to $795 million, came in lower than the first quarter, but the company expanded its cash balance sheet to $10 billion.

Still, an announced $2 billion stock buyback failed to lift shares on Tuesday, pointing to jitters among investors about a potential recession and its impact on the travel sector, despite the company pointing to strong demand going into year end.

Airbnb is now forecasting its highest quarterly revenue on record in Q3, between $2.78 and $2.88 billion.

“We are heavily in growth mode,” CFO Dave Stephenson said on the earnings call. “We are not in profit maximization mode.”

Inflation as a potential tailwind

With nearly $800 million in free cash flow generated in the quarter, the company is planning to move aggressively to deploy $10 billion it now has on its balance sheet, with Chesky stating the company is now “thinking expansively” after years of “going back to the basics.”

While Airbnb is now exploring new “offerings,” Chesky said the most immediate focus will be on signing up new hosts and expanding protection for hosts.

Fears of an economic downturn and record high inflation may even prove to be a tailwind for the platform.

The company, founded in the depths of the Global Financial Crisis, is now seeing a return to similar behavior it seen in its early days users, with additional turning to the platform for income to cover the increasing cost of living.

Active listings in the second quarter grew by 23%, compared to the same period in 2019.

“This is going to be a very important thing,” Chesky said “It’s one of the easiest ways to make passive income with asset you already have. I think that’s something a lot of people are looking for in the economic environment we have right now.”

Check out the full interview in the video above.

Click here for the latest stock market news and in-depth analysis, including events that move stocks

Read the latest financial and business news from Yahoo Finance

Download the Yahoo Finance app for apple or android